I realized today what it means to find comfort in discomfort (and it only took me 29 years to understand). I was climbing Mt. Elbert from the south, and after 2 hours of mind- and foot-numbing post holing, I was above treeline where intense wind and below 0 temps made a usually mellow mountain into a harrowing summit bid, which is the best time to think about my life. And I remembered the miserable day I spent on Ice Mountain probably two months ago.

It was one of those days where I was ready to give up mountaining and get a real job, but it started out lovely; clear, sunny skies, even decently warm. First you drive nearly to the middle of nowhere on a Jeep road, then you park in an empty TH parking lot and run a handful of miles. You scramble up this very long and unstable talus field (and hope nothing worse happens than a few rolled ankles and smashed fingers and toes as the rocks you’re putting your weight on slip and slide and rock disturbingly beneath you) then begin ascending a gully. 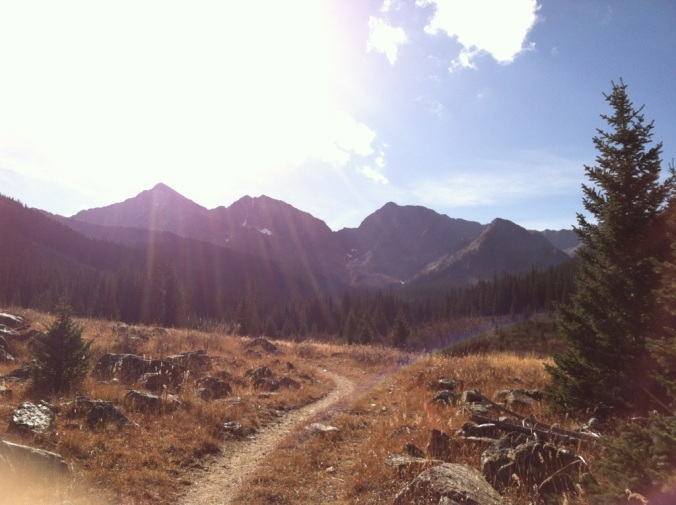 Ice Mountain is one of the three Apostles (in the middle above). Three beautiful, jagged, sheer, and rocky peaks all rated class 3 and with only one logical route to ascend any of them. I’ve never been told this by someone who’s done it, but I had thought for quite some time that it sounded like a fun day of scrambling and I finally managed a day to do it before the weather turned [into winter]. I began the ascent to the gully, which was supposedly the crux of the route, and thought it was iffy at best. I actually felt a little silly for being annoyed with the instability of the talus field before it, because this gully defied logic. Had I not been sure I was on the route (there is no alternative, just sheer rock faces and this one gully) I would have been sure that there just was no safe route up this mountain. It was extremely steep, and mostly comprised of loose, slippery clay topped with smatterings of pebbles and frequently featuring loose boulders that threatened to dislodge themselves at any moment.

Ascending terrain like this sucks, but more importantly on anything so unstable is HOW THE FUCK WILL I GET DOWN? About halfway up I was suddenly pissed, because I felt insecure about my situation, and I wanted to blame it on everyone who’s ever climbed this mountain (which is the kind of excellent logic of a girl who knows she’s about to get injured, deep in the middle of nowhere). Meanwhile, the weather took a sudden turn and the dark sky looked like it might break all hell loose upon the Apostles any moment.

So why did I keep going? I was thinking about that a lot today. What makes anybody keep going when they want to turn around? I’ve finally realized the things that make me miserable (for example: snowshoe running, unstable gullies, climbing at night) aren’t inherently bad. To be home in the mountains, you have to be supremely comfortable, up, down and sideways. I’m just not that comfortable with all of it yet. It doesn’t seem mindblowing, but it blew my mind. 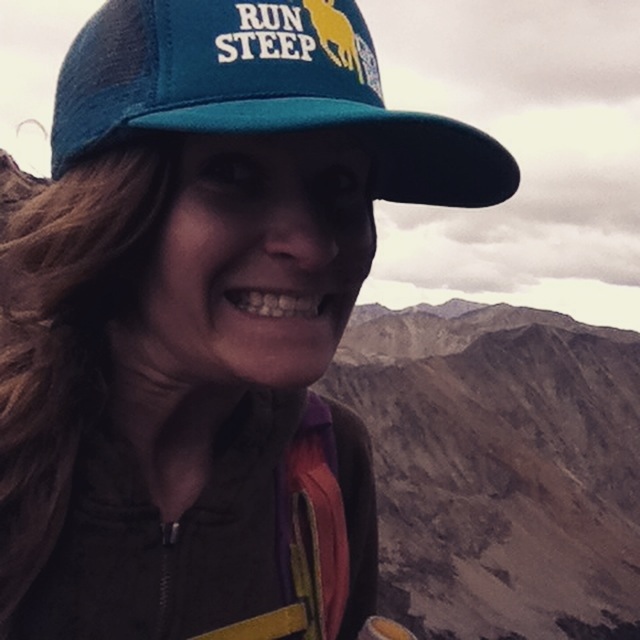 Today, on Elbert, I discovered that there’s horrible, excruciating pain on the other side of numbness (and I wondered if it was the early stages of frostbite). It was so bad that I thought all the bones in my feet were simultaneously breaking. But I kept going. The wind became so harsh above the first false that I sometimes had to bear down so it didn’t push me back down the mountain, and meanwhile my eyes were starting to freeze shut (is it a thing to wear goggles when it’s this cold? I feel like I should, but I’d feel silly kind of). But I kept going. It only barely occurred to me that I maybe should turn around and come back when the weather was better. 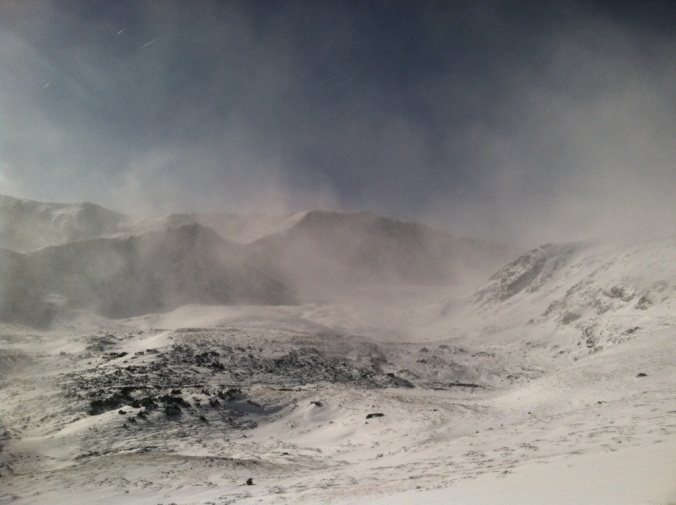 I kept going because I don’t want to be comfortable all the time. People who never face fear (in all of its manifestations-especially pain, misery, doubt) are so afraid that it controls their lives. I don’t want to climb unstable gullies because I’m afraid of [the very real possibility of] rock slides. If I had turned around that day, then I wouldn’t have made it safely up and down, thereby gaining a new [small] shred of comfort. There’s more than just our big fears to face, there’s dozens of smaller discomforts that we can’t keep avoiding. Discomfort is not the reason to turn around (or to stay home, as Dan’s mom famously said on our snowy Capitol attempt last year). That’s what it means to find comfort in discomfort: you experience discomfort, you own it, you accept it…it would be easy to turn away or avoid it but you don’t. You spend time is discomfort. You face all of its sides and angles. You sit in it (and climb and run and go about your business in it). Once you surpass fear, then you’re at home in the mountains.